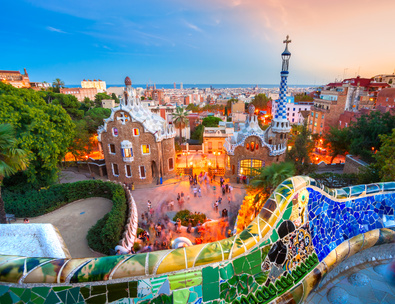 between imagination and reality


Having taken part in multiple eight-figure budget AAA video game productions, as well as numerous mid-size titles, we offer you our comprehensive experience in designing and developing high-quality video games for multiple platforms. We get the most out of Microsoft Windows, iOS, Nintendo 3DS, PS3, Xbox 360, and most recently PS4 and Xbox One.

We efficiently put across the complete development workflow, from creating engines and tools, through designing game mechanics, up to obtaining certifications for the gold master version of the game. We carefully build and maintain communication among multiple teams responsible for design, engine and gameplay programming, art and level creation.

We utilize modern user experience technologies such as Microsoft Kinect, Google Glass, Oculus Rift, and beyond.

Puerto Rico
The award winning PC adaptation of the economic strategy board game by Andreas Seyfarth. The game includes advanced AI-based bots to challenge the players, LAN & Internet multiplayer, and the fully functional 3D world of the player's island, used as an alternative to the board view.
Developed with Reactor s.c. for Microsoft Windows. The game has been released in German, English and Russian language.

Chrome Engine | ChromEd
Chrome Engine®, along with the world editor ChromEd, is a complete game development framework for all primary gaming platforms. It supports all modern game programming technologies and techniques vital for the game creation process. The idea behind Chrome Engine® has been to create a powerful game engine with all the features required to create commercial AAA games with advanced visualization, scripting and physics system, integrated networking and artificial intelligence.
Developed with Techland for Microsoft Windows, Xbox360, Xbox One, Playstation 3 and Playstation 4 (Chrome Engine® 6).
Primary role: Lead Software Engineering.

Call of Juarez: Gunslinger
From the dust of a gold mine to the dirt of a saloon, Call of Juarez Gunslinger is a real homage to the Wild West tales. Live the epic and violent journey of a ruthless bounty hunter onto the trail of the West's most notorious outlaws. Blurring the lines between man and myth, this adventure made of memorable encounters unveils the untold truth behind some of the greatest legends of the Old West.
Developed with Techland for Microsoft Windows, Xbox360 and Playstation 3 (Lead Software Engineering).
Release Date: May 21, 2013

Dead Island: Riptide
They assumed they had escaped the terrors of Banoi and survived the apocalypse on a corrupted paradise. However, their fate took a turn for the worse. The Dead Island heroes escaped in a helicopter to the friendly confines of a military ship, but when an unpredictable storm hits and the virus suddenly spreads throughout the crew, the nightmare starts all over again, leaving hope drowning in the rising tides.
Developed with Techland for Microsoft Windows, Xbox360 and Playstation 3 (Lead Software Engineering).
Release Date: April 23, 2013

Mad Riders
Mad Riders sees players performing amazing aerial stunts and racing at breathtaking speeds on over 45 stunning tracks from all over the world. To gain the edge on the competition, players will need to use their Boost skill wisely and take advantage of shortcuts hidden in the tracks.
Developed with Techland for Microsoft Windows, Xbox360 and Playstation 3 (Lead Software Engineering).
Release Date: May 29, 2012 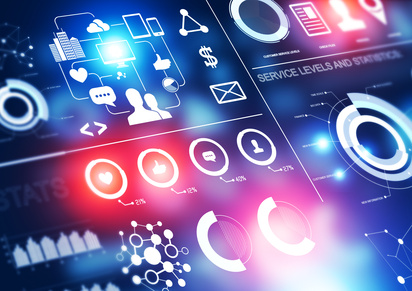 between companies and people


Through creating logical representations of your enterprise processes, we make our software tangibly augment your business.

From high-performance relational and object-oriented databases, through a coherent logic, up to rich user experience front-ends, we build goal-oriented workflows for diverse branches of business.

We design and build custom-made solutions for luxury clients and state/academing institutions, as well as for developing enterprises.

ISPA2
The second release of system supporting accounting of investments financed by Instrument for Structural Policies for Pre-Accession (ISPA) funds.

IITD/FullText
The small desktop publishing system for online scientific publications. The application generates the HTML source from structured contents of the publication entered through the convenient user interface and stored in the XML database.
Used by the Polish Academy of Sciences, Institute of Immunology and Experimental Therapy, Wrocław, Poland.

between theory and visualization

Considering the complexity of the domain in user’s perception, we especially care about the quality of interaction.

Our solutions transform your complex data into comprehensible modern visuals, such as graphs, clouds or heat maps.

NOBLA Expert System
An innovative expert system aiding in calculation of load bearing capacity of girder plate bridges and viaducts, for regard to the impact of construction damages.
This application is the first one to use our proprietary windowing system.
Developed for the Wrocław University of Technology, Faculty of Civil Engineering
Scientific design: Mieszko Kużawa, Ph.D., P.E.